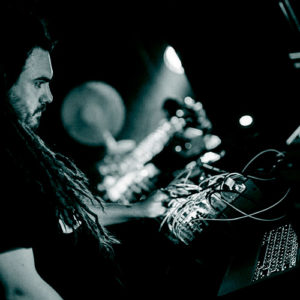 Influenced by the hardest Berlin´s Techno scene, about:kaos (aka Kaoslog) he merges different genre as well part of his self into this new project. He likes to think Kaoslog as the Positive side (+) and about:kaos the negative side (-) of his own personality. Not in the sense of negation neither as the contrary of kaoslog, but more in a Physical sense, the negative spin force without an atom would not exist, without matter would not be as we know. Expect Techno of all deviated kind.